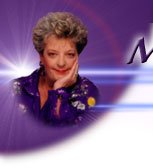 Pine Bark and Grape Seed are extremely rich sources of Antioxidants. These OPC's commonly referred to as Pycnogenol's are powerful free radical scavengers that help the body fight off aging and degeneration.

Many of today's physical maladies appear to stem directly from free radical damage. Diseases associated with aging, inflammation, improper function of the circulatory, nervous and immune systems all result from free radical damage in the body. An effective defense against these destructive compounds is the daily use of antioxidants. Pycnogenol's unique bio-availability and physiological properties merit its distinctions as a valuable and effective addition of the family of antioxidant supplements.

Question: What is Pycnogenol?
Answer: Pycnogenol is a concentrate of a special class of water soluble bioflavinoids that are almost instantly bio-available in the human body.

Question: What are bioflavinoids?
Answer: Bioflavinoids are a group of low molecular weight plant substances with recognized antioxidant (free radical scavenging) properties and with the ability to inhibit the activity of certain enzymes which cause inflammation in the body.

Question: Is Pycnogenol toxic?
Answer: No. Pycnogenol has been tested for years at some of the most prestigious research centers in the world. No indication of toxins have ever been detected.

Question: How quickly does Pycnogenol go to work?
Answer: Within one hour of ingestion, Pycnogenol can be detected in the saliva.

Question: Who needs to use Pycnogenol
Answer: Anyone who is breathing. The intake of today's oxygen causes free radical damage to every cell in the body. Pycnogenol is the most efficient natural free radical scavenger known.

The most powerful antioxidant yet discovered, Pycnogenol (pick' nah' gen' nol) is the trademark of a substance that has been used by native North American people for centuries. It is used widely in European countries because of its value as an antioxidant. This remarkable plant-derived substance has been used clinically to promote a longer and healthier life and to maintain a youthful appearance. Pycnogenol is available in the U.S. in two forms. One is made from pine bark. The other comes from grape seed. While most of the current research is on the grape seed, the Pycnogenol made from pine bark has been used in Europe for years with outstanding results. Perhaps the "best of both worlds" is to merge the two.
Research supports Pycnogenol's ability to prevent and treat free radical-caused disorders. For example, studies document Pycnogenol's ability to raise capillary resistance, which is important in the prevention of such ailments as varicose veins, diabetic retinopathy, peripheral hemorrhage, high blood pressure and heart disease.

There are dozens of published studies of Pycnogenol's safety and benefits. Its safety and toxicity have been fully tested in, among others, mutagenic and carcinogenic studies at expert centers such as the Pasteur Institute. It has been found to be nontoxic, non-teratogenic, non-mutagenic, non-carcinogenic and non-antigenic. Pycnogenol (Proanthocyanidins) have been used for more than thirty years with no sign of toxicity. 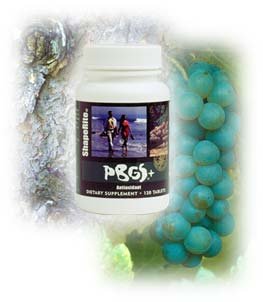 Moms Herbs is the web presence of Hale & Hearty Health Center located at 5205 Davis Blvd, North Richland Hills, TX. 76180
Statements on this page have not been evaluated by the Food and Drug Administration. These products are not intended to diagnose, treat, cure, or prevent any disease, but rather as dietary supplements intended solely for nutritional use.
Copyright © 2008. Hale & Hearty. All Rights Reserved.